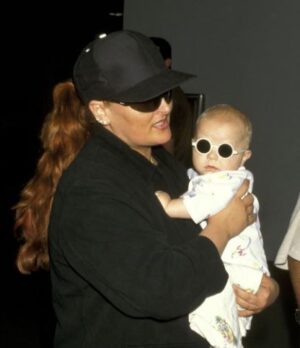 The art world is saturated with artists and art enthusiasts. Furthermore, the digital age has made it easier than ever for artists to share their work on blogs, Instagram, and other social media platforms. As a result, the visual arts have become over-saturated with content. But amidst this sea of visual noise, there are some rising stars in the contemporary art market who we believe will make waves in the coming years. A fresh face to watch in the art world is Elijah Judd — an artist who is quickly making a name for himself as an up-and-coming talent with a knack for painting raw, real-life experiences through an abstract lens. Born and raised in Detroit, Michigan, Elijah currently lives in New York City as he continues his budding career as a painter and photographer. He not only creates his own artwork but also photographs other emerging artists around the globe to help them get discovered online (you can see some of his work on ArtistsENDURE).

Who is Elijah Judd?

Elijah Judd is an emerging artist, curator, and photographer from Detroit, Michigan. He is currently based in New York City where he is on track to graduate from The New School with a Bachelor of Fine Arts in Painting and a Bachelor of Arts in Art History. He has exhibited his work in galleries across America and has already curated shows in select cities. Judd has cultivated a unique aesthetic that fuses abstract and realist styles. He paints vivid, dreamy landscapes and portraits that reflect his experience as a biracial queer man from Detroit. Raised by a single mother and shuttled between family members, Elijah experienced a childhood of struggle, which has now become the subject of much of his art and photography.

Elijah Judd was born in 2000 and was raised in Detroit, Michigan. He spent his formative years in various parts of the state as his mother struggled to provide for the family. While he never met his father, Judd was quickly taken under the wing of his paternal grandparents, who helped provide for his education and general well-being. Growing up in Detroit, Judd was exposed to a diverse range of cultural influences. From an early age, music became an important part of his life. He remembers singing in front of a crowd before he was even old enough to find his voice.

His early inclinations toward art and music later manifested in his high school career when Judd began taking art classes, playing music in local bands, and putting on his own art shows.

In the hustle and bustle of the art world, many artists often find themselves at the mercy of gossip columns and tabloid journalism. While Elijah Judd has managed to stay out of the limelight, for the most part, there are a few details about his personal life that have found their way into the public eye. Artists are often considered to be a kind of social recluse. While this isn’t always the case, it’s safe to assume that Judd would be a bit taken aback by the amount of attention he has received over the past few years. After graduating from the Detroit Metropolitan School for the Arts at the age of 16, Judd headed straight to the Big Apple to study art at the New York Studio School.

During this time, he was featured in Teen Vogue, Life & Style Magazine, and Myspace. Soon after, he caught the attention of the Huffington Post, Vice Magazine, and The New York Times, garnering even more media attention. During his college tenure at the New York Studio School, he became involved in the art department and eventually found his way into a position teaching at the same institution. After graduating from the New York Studio School, he continued to live and work in New York City, where he was awarded a Full Sail scholarship to pursue a master’s degree in Digital Marketing & Branding Communications.

Elijah Judd is the son of two artists — a painter and a photographer. He was raised by a single mother but spent much of his formative years with his paternal grandparents, who played a big role in his upbringing. His paternal grandfather was a painter and his grandmother was a photographer, which likely played a role in his decision to pursue visual arts as a career. Judd has an older sister and a younger brother who are also pursuing artistic careers. Judd’s sister, Anna, is a visual artist who has also exhibited her work in galleries across the U.S. His younger brother, Phillip, is a musician who has been featured in major publications such as Rolling Stone and Billboard Magazine.

Judd’s early career success has led to a growing catalog of artwork that has helped him to amass a substantial net worth over the past few years. While it’s difficult to pin down an exact dollar amount, one can assume that his career success has netted him a sizeable fortune. His developing career and penchant for high-end art have led him to amass an impressive collection of artwork over the years. Some of the pieces in his collection include works by Jean-Michel Basquiat, Andy Warhol, and Mark Rothko. His success and growing collection of artwork has allowed him to pursue real estate ventures, one of which is a rental property in Harlem.

With so much attention being paid to the budding artist, it’s no surprise that he’s developed a sizeable following online. His Instagram account has over 180,000 followers, which is sure to increase in the coming years. He can also be found on Twitter and Facebook where he has amassed a following of over 117,000 and 158,000, respectively. His social media accounts are also filled with his artwork as well as photographs that he has taken of other artists around the world. His prolific social media presence is just another way that Judd is trying to bring more attention to the art world and help artists get discovered online.

We believe that Judd is only going to grow in popularity over the coming years as his art continues to make a mark in the contemporary art market. His next exhibition is scheduled to take place this fall and will be held at the New York Gallery, Pulse New York. With a successful career in art and fashion, it’s clear that Judd is an up-and-coming talent with a lot of potential in the contemporary art market. 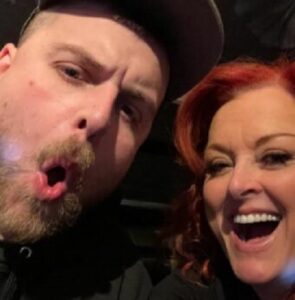